In the Middle Ages, Grasse specialized in leather tanning and once the hides were tanned, they were exported to Italy. Catherine de Medicis, who went to Italy regularly, discovered scented gloves from Grasse. This is how the « Glovers Perfumers » spread through the Royal Court and high society as this made a worldwide reputation for Grasse.

Competition from Nice brought a decline in the leather industry and Grasse decided to make an industry out of its rare scents instead. 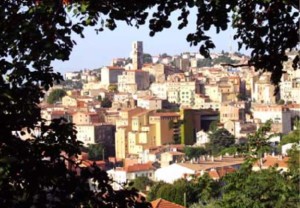 The court of King Louis XV was nicknamed « the perfumed court » because the nobles used so much of the perfume. In order to mask over nauseating odors, they would spray it on the skin, clothes and in rooms. They would especially use fragrances with camphor such as musk or amber.

Marie-Antoinette was responsible for putting rose and violet in fashion at the time, as well as red berry fragrances. Using fragrances from Grasse, Jean-Louis Fargeon, her perfumer, created not only her perfume, but also her make-up, perfumed gloves and potpourri.

This is how Grasse became the world capital of perfume.

Credit for some of the photos: Ville de Grasse